It was a few days ago – I remember it well, surprisingly: Donald Trump had just landed in Canada for the G7 Summit. He was looking serious, and talking to a reporter about the Summit and of his upcoming meeting with North Korean leader Kim Jong-Un. I turned to my partner and uttered what had been playing on my mind for some months now:

So I feel I should explain that this is not an endorsement of Trump’s horrendous rhetoric, or his odious character, but rather his track record and of his “art” (as he’d likely call it) of governance. I also feel that, since we are hurtling toward the mid-terms in November, it might be worth assessing what kind of power The Donald has had to play with and how he’s used it, regarding in particular his record in office versus his controversial campaign pledges and rhetoric. 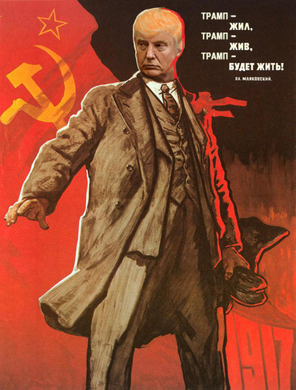 Starting with foreign relations – which have perhaps held the most worldwide controversy. Trump is the first president to even entertain the notion of a meeting with a leader of North Korea. Despite the date being set, revoked, and reset, it is still the most progress any president has made with the Hermit Kingdom. Even if nothing comes of these talks; even if there is no deal; even if relations worsen; Trump would have made history by just being in the room. And yes, that is exactly why he is doing it: his own ego compels him to. But actually, even if the summit is cancelled at the very last minute, Kim Jong-Un has met with the leader of South Korea – Moon Jae-In – twice, and President Xi of China twice, both in the space of as many years. This is ground-breaking stuff. This is akin to the rash of protests in East Germany mere months before the Berlin Wall came down.

In the aspects of trade, sure, Donald Trump has – from our side of the waters – more to answer for. Slapping a trade tariff on anything that moves is a sure-fire way to piss off the international community – especially if almost all of the countries targeted have been close allies of the United States for nearly a century. Media and news outlets across the world have the image of German leader Angela Merkel seemingly berating Trump for his trade barriers – released via the Chancellor’s Instagram – and are using it in their own spin campaigns. 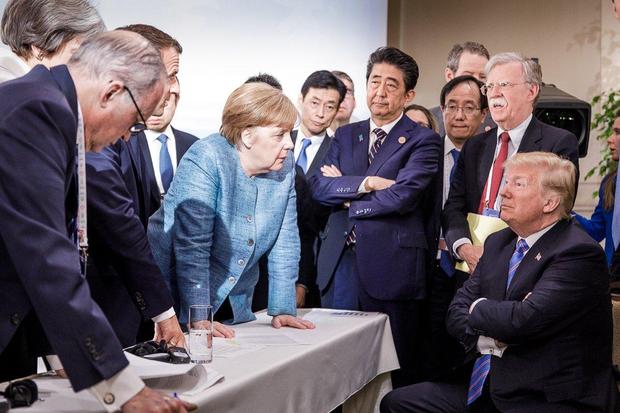 Trump claims that trade wars are easy to win. Others say that there are no winners from them. Despite this, as of April this year, there are more open jobs in the USA than there are unemployed. To say that Trump is failing in his “jobs first” government would be wholly wrong, and flies in the face of the common view, that trade wars kill jobs.

I suppose it is also time to look at The Wall (not you Berlin), and of the more controversial migration policies Trump has enacted during his tenure. The Wall isn’t being built, despite bluster from both sides about how it is. Think of The Wall as being an idea, akin to the Skripal Case in the UK. It is there as a talking point whenever Trump needs some party unity, or to piss of someone else into showing anger and making mistakes. Clever tactic, but it’s not being built – at least not in this term. Maybe in his fourth… *wink*. As for migration, the US has recently altered the number of student visa it is issuing, lowering the number of foreign student to the US. This will hit Chinese students hardest, but actually, benefits China in the medium to long term, as well as prospective US students.

Furthermore, Trump’s approval rating within his own party – the Republican Party, or GOP, as it’s often referred to – is the highest of any president other than George W Bush after 9/11. Considering Trump was a rank outsider out of twelve candidates, tipped to not have a hope in hell’s chance of making the nomination – let alone win the presidency – speaks volumes about his campaign, the strength of his message, the weakness and division of the opposition, and the state of the establishment, not just in the United States, but across the Western World. His opinion rating across the wider electorate is still dismally low, however, so take what you will from that.

And while we are on the subject of elections: it is worth noting that, while the candidate was far from ordinary, this was an ordinary campaign. Or rather: an ordinary election. Countless articles and books have been written assessing the 2018 Election, so I’ll sum it up for you here:

The – perhaps rather moot – question to be asking now is: can Trump’s party-unifying ideology pull the Republicans through the mid-terms unscathed. On the surface, all of the aforementioned evidence points to a resounding yes. The result of the summit with Kim Jong-Un on Tuesday is likely to be vague, since the focus of the meeting is that of Kim’s first meeting with any foreign leader outside of its own regional sphere, and of the denuclearisation of the peninsula – the latter of which is unlikely to happen after this first meeting. So it is all up to Trump as to what he and his team can spin out of it, ahead of the mid-term elections in November. Based on this, and the overall narrative of Trump’s approval rating within the party faithful, Trump is assured a second term as president, but we’ll have to see about maintaining control of the House of Representatives and Congress.

One thought on “Comrade Trump(?)”