Rumours of a new political party in Britain have been circling in the wake of the EU Referendum, seeking to challenge the hard-Brexiteers in the Conservative Party and a reluctant remain view that is the official Labour Party line. However, is there actually any appetite for a new force in British Politics, and where does leave the Liberal Democrats? 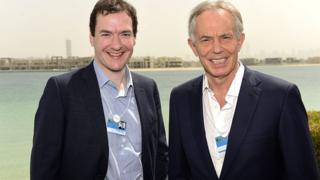 At the Global Economic and Skills Forum in Dubai, spoke two British political opponents: the Chancellor of the Exchequer under David Cameron, George Osborne, and ex-Prime Minister Tony Blair, famous for winning three successive elections under for Labour. Their call: for a new centrist hegemony in Britain.

Naturally, many of the ideas and values were no different from the Blair-era policies that has since led Britain into the various conflicts in the Middle East: defending liberal democracy in the wake of of a rapidly-growing China and an ever-more-aggressive Russia; defence of western democratic values; and – of course – the large elephant in a small room: fighting Brexit.

While the old adage is generally true that elections are fought and won in the centre ground, the very fact that the two behemoths of the Conservative Party and of Labour are actually opposing each other on nearly every policy, is only good for “liberal democracy”. If there were appetite for a centre-ground, anti-Brexit party, more votes would have been picked up by the Liberal Democrats, who only managed to win 7.4% of the popular vote. Incidentally, this was 0.5% less that their showing in 2015, but the party managed to gain four seats.

To claim there is an “enormous gap” in British politics – while perhaps true – is frankly for the birds when it can be shown that less people would vote for it. Proponents of a new party would claim that the Liberal Democrats are still recovering from their time as junior partners to a Conservative government in the five years between 2010 and 2015. Others would exclaim that a party with Blair and Osborne involved – event indirectly – in such a party would only go to enforce the narrative of the “career politician”, “the establishment”, and the “status quo” which has culminated in the exact circumstances this new force would hope to  overturn.

But…let us entertain the idea, and assume a new party does emerge. Blair probably comes with notorious spin-doctor and ardent Remainer, Alistair Campbell. Add Osborne to this, and you have the two most devious, relentless, and effective political strategists Britain has seen in a generation. There is also talk of cross-party opposition to Brexit (Anna Soubry, Chuka Umunna, et al), so I would not be surprised if they made strong headway in their first General Election – perhaps even between 45 and 60 seats, or a popular vote somewhere around the 28% mark.

This would undoubtedly lead to a merger with the flailing Liberal Democrats – whose leader, while experienced, makes this story’s protagonists looks like spring chickens – on the understanding there would be (meaningful) electoral reform – a boon for any third party in Britain’s First-Past-The-Post electoral system. The Liberal Democrats have already cast aside their non-interventionist cloak when Tim Farron whipped the party into voting in favour of air strikes in Syria. The party has since leapt to the defense of the Prime Minister over the (still yet-unproven) Kremlin-orchestrated attack in Salisbury at the beginning of the month. This seems like a far cry from Charles Kennedy’s staunch opposition to the war in Iraq in 2003.

3 thoughts on “The Strange Death of British Centrism After Brexit”