On Sunday, Russians go to the polls to elect their president. It is no surprise who is the front-runner, and who will win a fourth (non-consecutive) term in office of the world’s largest country. However, Vladimir Putin’s position is less sure than the Western media makes it out to be.

In Russia, there may well be election rigging, ballot box stuffing, voter intimidation, and imprisonment or disqualification of opposition candidates. The reason for these is not so the incumbent wins, per se, but that the incumbent wins by the 70:70 ratio. Let me explain:

Russia has become, as many of us know, a one-party state. There are other parties competing and contesting elections, and many of the presidential candidates come from these opposition parties, but realistically, the country is governed by one party. United Russia – this ruling party – claims 340 seats in the State Duma. This is four time as many seat as the other five represented parties hold combined. The next largest represented parties are the hard-left Communist Party, with 42 seats, and the far-right Liberal Democratic Party. This means that Putin’s party controls around 80% of the seats in the Duma.

As for the presidency, this is Putin’s final term (I invite you to read into what what you will), and as such, as soon as the votes have been cast and the results are in, scheming within the Kremlin will begin with regards to a successor. The elections themselves set out presidential term lengths, while the result provides a certificate of legitimacy.

The 70:70 aim is to prevent the scheming from occurring as soon as the results are in. Putin will be president of Russia for another term – there is little doubt of that – however the real mission for Putin is to hold the talk of succession until nearer the end of the next term. The larger the result for Putin, the easier to hold off those talks – particularly if the result surpasses the 70 percent for Putin on a 70 percent turnout goal.

So what – if anything – has this got to do with the recent incident in Salisbury? Probably nothing – considering that the attack took place 14 days before the presidential election, and 100 days before the opening of the World Cup in Russia. To say that Novichok is a “Russian nerve agent” is a misnomer: it was developed in the Soviet Union in the 1980’s, and even then, most forms of the agent were developed in the city of Nukus in what is now Uzbekistan. Uzbekistan has been working with the United States since 1991 to decontaminate and detoxify the areas in which Novichoks and other agents were tested and developed. 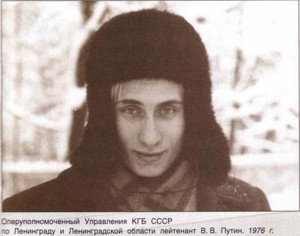 If, however, the attack on the Skripals did originate from the Russian state, this will not damage Putin’s chances of winning the election on Sunday. It could, however, cause enough Russians to switch votes or stay home, meaning Putin might not reach the 70:70 ratio, and perhaps encouraging the president to make more drastic actions in his last term.

The 70:70 ratio is important for Putin for another reason too: if foreign relations continue to go downhill, Russia will need a stable, experienced and competent leader. Putin is the only candidate who can fill this role. This certainly is Putin’s last election, and last term as president, and I am sure he is looking to Xi for inspiration.