Another year, another chance to change the world, country by country. After 2017’s collection of close calls, upsets, coups and revolutions across this blue-green marble, we at Politically Wasted take it upon ourselves to bring you the top five elections to watch, explain why they are important, and attempt modest predictions on the outcomes.

Elections in Cuba occur every five years, and interestingly, no party is allowed to campaign or endorse candidates. It is the permanence of the President – Cuba’s head of state – that tars Cuba with the same brush as other socialist/communist countries as a dictatorship.

The upcoming election in Cuba is not just important because heralds the last with a Castro: Cuba is liberalising – although they would be the last to admit it – by allowing small-scale businesses and self-employment. This echo of perestroika may extend to the political sphere as well if the trend in economic liberalisation continues.

Whilst it is unlikely that the results of the election will cause any monumental global effects, the rhetoric from the US President will surely make for some…interesting listening. 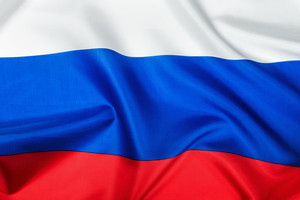 Russia, President – Sunday 18th March
Another with a predictable conclusion perhaps, but another with the potential for a masterclass in rhetoric from other world leaders. Trump’s response to Putin’s highly-anticipated victory will be a possible antithesis to his reaction a week earlier to the election across the Straits of Florida.

Although Putin’s opponents are – as one might imagine – numerous, it is expected that none/not one/no one will have the political strength, nor the popular support of the incumbent. Putin’s global approval rating, however, hit its low point following the revolution in the annexation of Crimea, and the crisis in Donbass. However, support has grown steadily from 22% to around 27% today. It will be interesting to see what happens to this global approval rating after the election in March.

In the unlikely event that Putin does not garner over 50% of the popular vote in March, there will be a second round of voting three weeks later – the same date as… 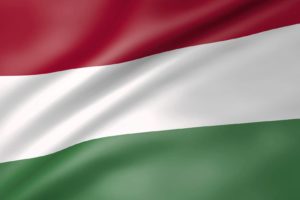 Hungary, Parliament – Sunday 8th April
Viktor Orbán is looking to extend his majority again in this election with his right-wing party Fidesz, and the opinion polls already have his party over 8% higher than it was at the last election in 2014 – where he won an extra two seats to total 133 out of 199 – to 53.6%.

Interestingly, Hungary uses two methods of voting in order to decide its 199 seats. The First-Past-The-Post system, like that of the UK, is used to represent 106 specific parts of the country, while Proportional Representation (as they use in most of Europe) determines the other 93 in a sort of “nationwide overall vote”.

Orbán plans to use his tough stance on migration during the Refugee Crisis to prevent far-right party and main political opponent Jobbik from gaining anymore ground.

Currently polling at around the 18% mark, Jobbik has enjoyed its status as the second-strongest party in Hungary. Jobbik is a rarity in politics: usually it is a centre-left and a centre-right party that fight for control of first and second places. Hungary is different in that it is two parties of the right fighting for power. This describes the flavour of the conversations within Hungary: those of immigration, the Hungarian people’s place within Hungary and the Central Europe, and of Hungary’s place within the European Union, and polling reflects this: a stark correlation between the two parties: when one declines in popularity, the other is often the beneficiary. 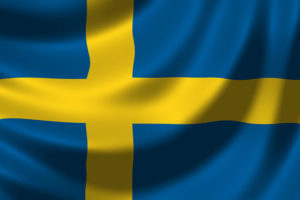 Sweden, Parliament – Sunday 9th September
Sweden is currently governed by a coalition of the centre-left Social Democrats and the similarly-placed Green Party, while supported by a Confidence-and-Supply deal with the aptly-named Left Party. The government is looking to hold onto power for another term in this minority coalition, and success will mean that the Social Democrats will total 84 of the last 105 years in power; 24 of the last 31 parliaments.

The possible hair in the soup is in the form of Sweden’s anti-immigration Eurosceptics, the Sweden Democrats, who are looking to take on the more established parties in their second round of participation in national elections. One could be forgiven for thinking that – similarly to Germany, the Netherlands, and France last year – Sweden will face a torrent of fear about the rise of the far-right; the right will seem close to winning; and then end up as the third party. However, this is the play’s second act in Sweden: the Sweden Democrats are already the third party with nearly 13% of the vote and 20% of the seats, and are tipped to gain at the expense of the Social Democrats and the centre-right Moderate Party.

However, there is also a fourth party to watch out for in this election. There are eight represented parties in the Riksdag, and until January last year, five of the eight parties were polling consistently around the 5% mark. However, since January 2017, the Centre Party has shot up to lead the pack on the back of the Moderates’ recent attempts to placate the supporters lost to the Sweden Democrats, but ultimately, The Centre Party are members of the same parliamentary bloc as the Moderates, Liberals, and Christian Democrats. Watch for gains from the Centre Party, as polling suggests they could double their 22 seats to the mid-40s, which would be their best result since 1970. 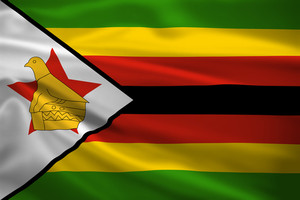 Zimbabwe, President, and both Houses of Parliament – before the end of September
Many of us saw famous “coup-that-wasn’t-a-coup-because-we-were-told-it-wasn’t-a-coup-by-the-people-who-carried-out-the-coup” on TV late last year. Many of us rejoiced the fact that, finally, the man who resembled the most corrupt of African politics was swept out of the way, allowing for a new era in the country. Others knew better, and saw the power vacuum for what a power vacuum is: magnet for more corrupt politicians.

This election, however, will be more interesting in the happening, rather than the result. Will it even happen at all? What will the main themes be? Previously, the opposition was fighting on just that: opposition to Mugabe and the regime, rather than any particular policies (at least, none that are presented to us in the West), and both parties claim left-wing ideologies. The nature of the opposition’s rhetoric, policy, and debate will therefore have to change markedly in order to make real discernible difference to the fortunes of the entrenched ruling party in an already corrupt system.

The results, of course, will tell us a lot – but the real news stories will, of course, be in the telling of the tale. The fact that there is not yet a set date is not a good sign so far.

These are the five contests that will hold up as barometers of the political swing across the world. They are indicative of international, national, and supranational discourse in this exciting, and often alarming time in politics. We at Politically Wasted will endeavour to bring you the latest analysis and commentary on these – and others, including of course, the US Midterms – as and when they happen.

One thought on “The Five Elections to Watch in 2018”