After a long night of counting and results beginning to pour in at midnight last night it has been revealed that Labour has taken blows in Scotland and the south of the Border. This is the first election seen as the first nationwide verdict on Corbyn’s leadership of the party.

Here are the key highlights we know so far from the results still rolling in from polling day yesterday: 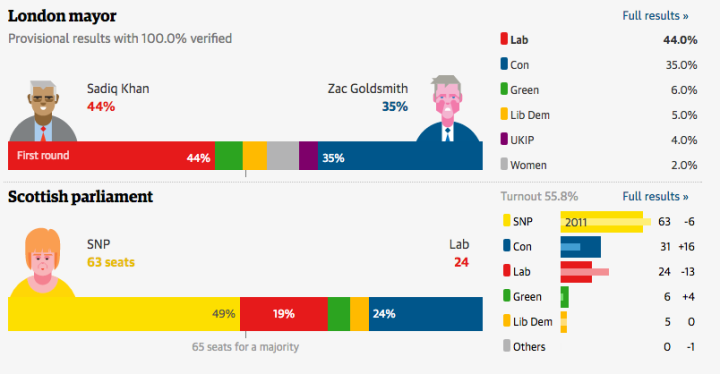 Latest voting from The Guardian